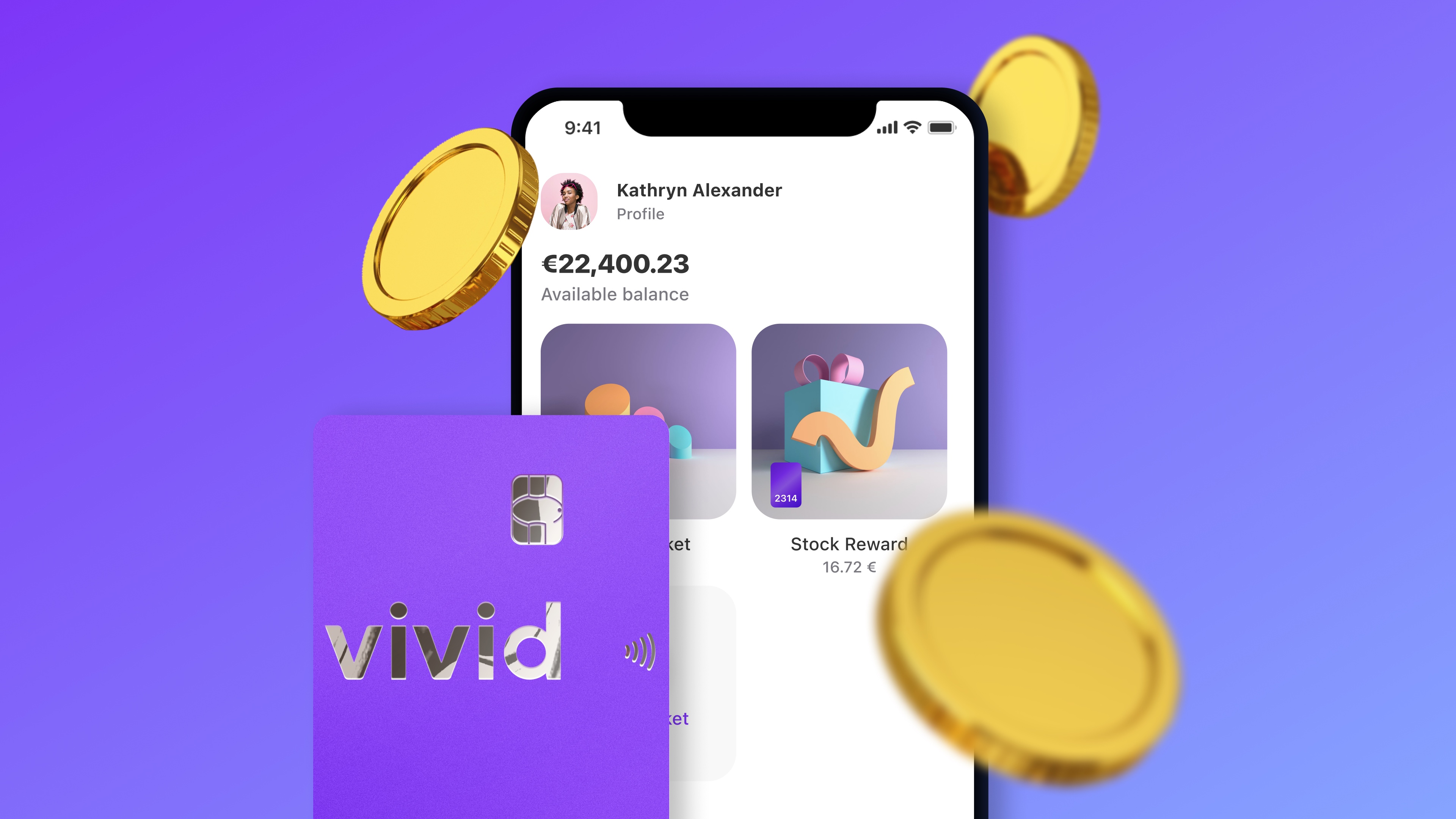 Berlin, 31 May 2021 - Vivid announced today that it has expanded its crypto offering by 40 more coins to a total of 50 tradable crypto assets. As of today, the Berlin-based fintech thus offers the largest range of tradable cryptocurrencies in Europe among banking apps. In addition to the existing big names such as Bitcoin and Ethereum, customers can now also trade 0x, Compound, Dogecoin, Enjin Coin, Maker, Polkadot, Ren, Ripple, Solana and Uniswap. Vivid users in Germany, France, Italy and Spain can invest in cryptocurrencies for as little as €0.01 free of charge and can buy and sell instantly 24 hours a day, 7 days a week.

According to analysts from the Statista Global Consumer Survey, 16% of the German population would invest in cryptocurrencies if they had €100,000 at their disposal. Cryptocurrencies remain a volatile asset class and have lost none of their appeal despite recent price slides. Bitcoin alone has climbed from €24,136 to €31,188 since the beginning of 2021 (as of 27 May 2021). Vivid wants to offer its users access to the growing crypto market.

“Cryptocurrencies and Vivid as a banking app simply belong together. So it was only a logical step for us to offer our users more cryptocurrencies. We are particularly proud to have the largest offering as a banking app in Europe with 50 tradable cryptocurrencies,” says Alexander Emeshev, co-founder of Vivid, on the launch of the new crypto assets. “However, we would also like to remind you that cryptocurrencies are a volatile asset class. That's why with the recently launched Vivid Classes – where we continue to add new chapters to it –, we are giving our customers all the tools they need to save and invest soundly. Because financial education is a very important aspect that we have always focused on in order to fulfil our mission: Giving Vivid customers back control over their own finances.”

About Vivid Money
‍Vivid Money is the first financial platform that combines all daily needs around money in one app. Whether investing, banking or saving, Vivid Money offers a simple, flexible and transparent solution to help customers grow their wealth. The company aims to provide customers across Europe with an unparalleled investment and banking experience, offering a wide range of financial services without unnecessary fees. Just eight months after its launch in June 2020, over 100,000 customers are already using Vivid Money products in Germany, France and Spain. Vivid Money was founded in Berlin in 2019 by Artem Yamanov and Alexander Emeshev and is made up of an international, highly qualified team of more than 200 employees. The app, the customer service and the processes for the maintenance and further development of the app have been tested and awarded by TÜV-Süd. After only one year, Vivid Money has already raised over 100 million euros from renowned investors, including Ribbit Capital and Greenoaks Capital, and is valued at 360 million euros.