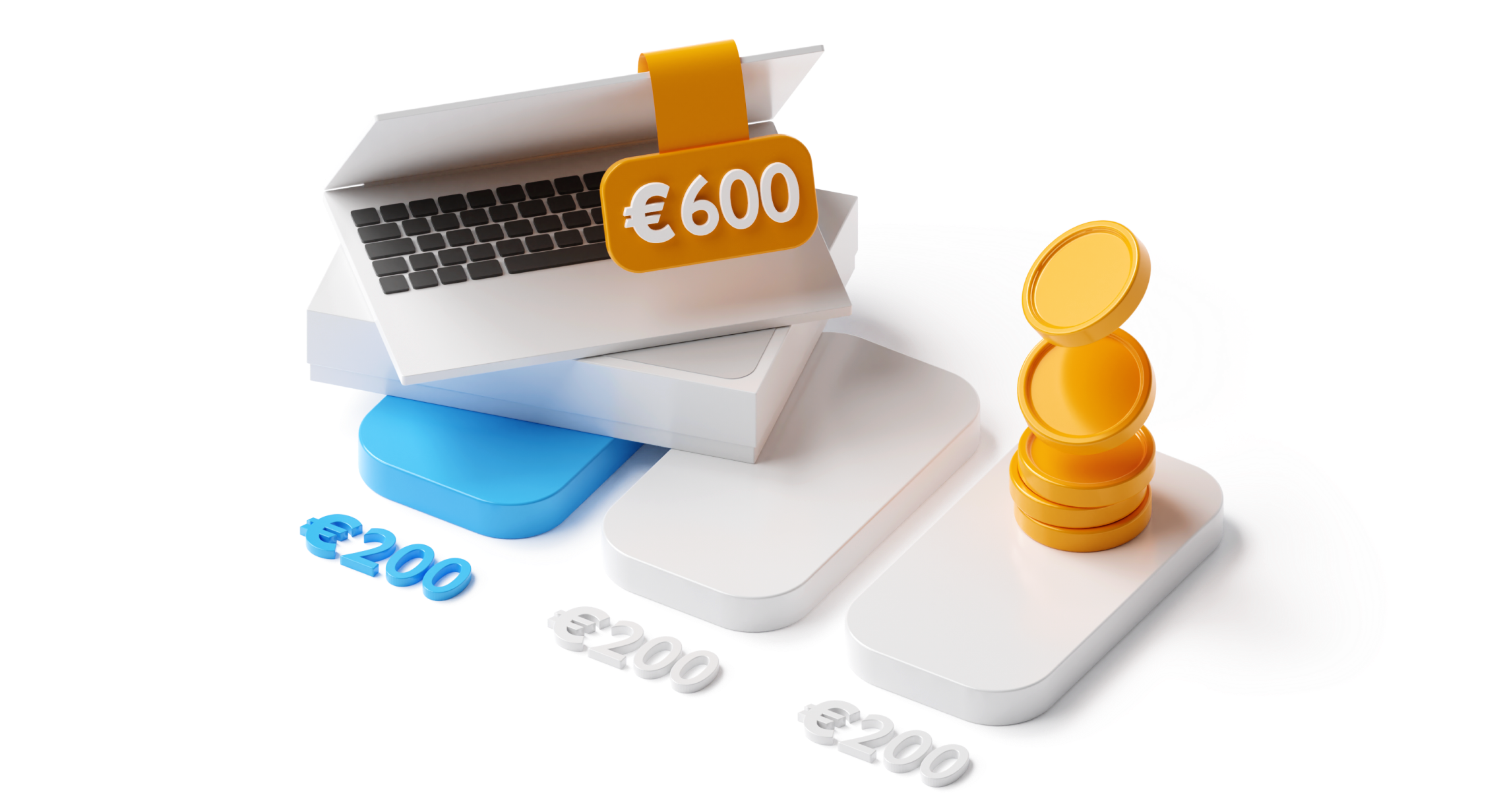 Berlin, August 11, 2022 – Today, the mobile banking app Vivid is launching a new product called "Vivid Now". With "Vivid Now", customers receive a separate account with its own IBAN and overdraft facility. This new product has been developed in partnership with Solaris, the European Banking-as-a-Service technology platform. "Vivid Now" includes firstly an overdraft, secondly split payments of past transactions, called "Free up", and thirdly automatic split payments, called "Auto Split." In addition, "Vivid Now" can also be used as a back up to any other Pocket. Every time insufficient funds are left on a Pocket, "Vivid Now" steps in to prevent a card payment from being rejected. With this new function, the Berlin fintech provides customers with significantly more financial flexibility. "Vivid Now" is being launched in Germany and will gradually be rolled out in other markets.

Vivid Now – an overview
From the unexpected debit of a Pocket to the unpredictable breakdown of the washing machine – with "Vivid Now", customers have immediate access to a financial cushion to live in the now. The new product consists of three functions:

If there are still sufficient funds available on another Pocket, the Vivid app informs the user via push message to settle part or all of the overdraft in order to avoid interest.

With "Auto Split", card payments are automatically divided into 3 convenient repayments directly during the payment process. This allows customers to preserve their liquidity when they need it most. Once "Auto Split" is activated for a card, all eligible transactions over €20 are split into 3 repayments. Cash withdrawals cannot be split. If the customer has funds on the “Vivid Now” account, payments can be settled with that. Otherwise, the overdraft facility will be taken into account. The first repayment is due after 35 days, the second and third are after 30 days each. If further "Auto Split" payments follow, these repayments are added to the existing payment plan so that only one payment is due per month.

Thanks to the "Free up" function, Vivid customers can also split past transactions into 3 convenient repayments. The amount of eligible transactions over 20 €, which is a maximum of 3 months in the past, is released from the "Vivid Now" account. This gives Vivid customers immediate financial freedom.

All current repayments are clearly displayed on the "Vivid Now" page, including the payment schedule. In addition, customers receive regular reminders about upcoming payments.

Keeping track with "Vivid Now”
‍"With "Vivid Now", we are launching our first credit product that enables our customers to lead a more flexible financial life. This way, customers can live in the now. Nevertheless, credit products harbour risks we want to and must counteract," says Charles Spencer, Head of Product – Credits at Vivid. "So we not only work with information material on the topic of overdrafts, rates and others on our blog, but also inform customers if they still have enough funds to balance the "Vivid Now" account and present all open rates including a schedule in a clear and self-explanatory manner.”

Application, fees and limits
Customers create the "Vivid Now" account directly from the main screen of the Vivid app. When applying, general information on income is requested, and a Schufa check is carried out. The overdraft limit is up to €5,000 and is available a few minutes after the application. All transactions, whether via "Back up", "Auto Split", or "Free up", are deducted from the Vivid Now balance.

If customers transfer funds on "Vivid Now", no fees or interest are due. As soon as the overdraft facility is used, an interest is charged at an effective annual interest rate of 12 %. With the repayment features "Auto Split" or "Free up" no interest is due. If payment is made on time, Vivid customers are only charged a fee of 2.5 % of the total amount of the transaction. Prime customers (€9.90 per month) do not pay any fees on "Auto Split" and "Free up." The repayments can be collected automatically from the "Main Pocket" every 30 days or transferred manually to "Vivid Now". If payment is not made on time, overdraft interest with an APR of 12 % will be charged in addition to the aforementioned fee for “Auto Split” and “Free up”.

About Vivid
‍Vivid is the first financial service platform that combines all your daily money needs in one app. Whether it’s spending, saving, or investing – Vivid offers an easy, flexible, and transparent solution to grow your money. The company's mission is to provide its over 500,000 customers throughout Europe with a superior banking and investment experience and to offer a wide range of financial services (including savings accounts, multi-currency accounts and investments in stocks and crypto) without unnecessary fees. Vivid was founded in 2019 in Berlin and consists of an international, highly qualified team of more than 300 employees. Vivid has already raised over 200 million euros from renowned investors, including Ribbit Capital, Greenoaks Capital, and the SoftBank Vision Fund 2, and is valued at 775 million euros.